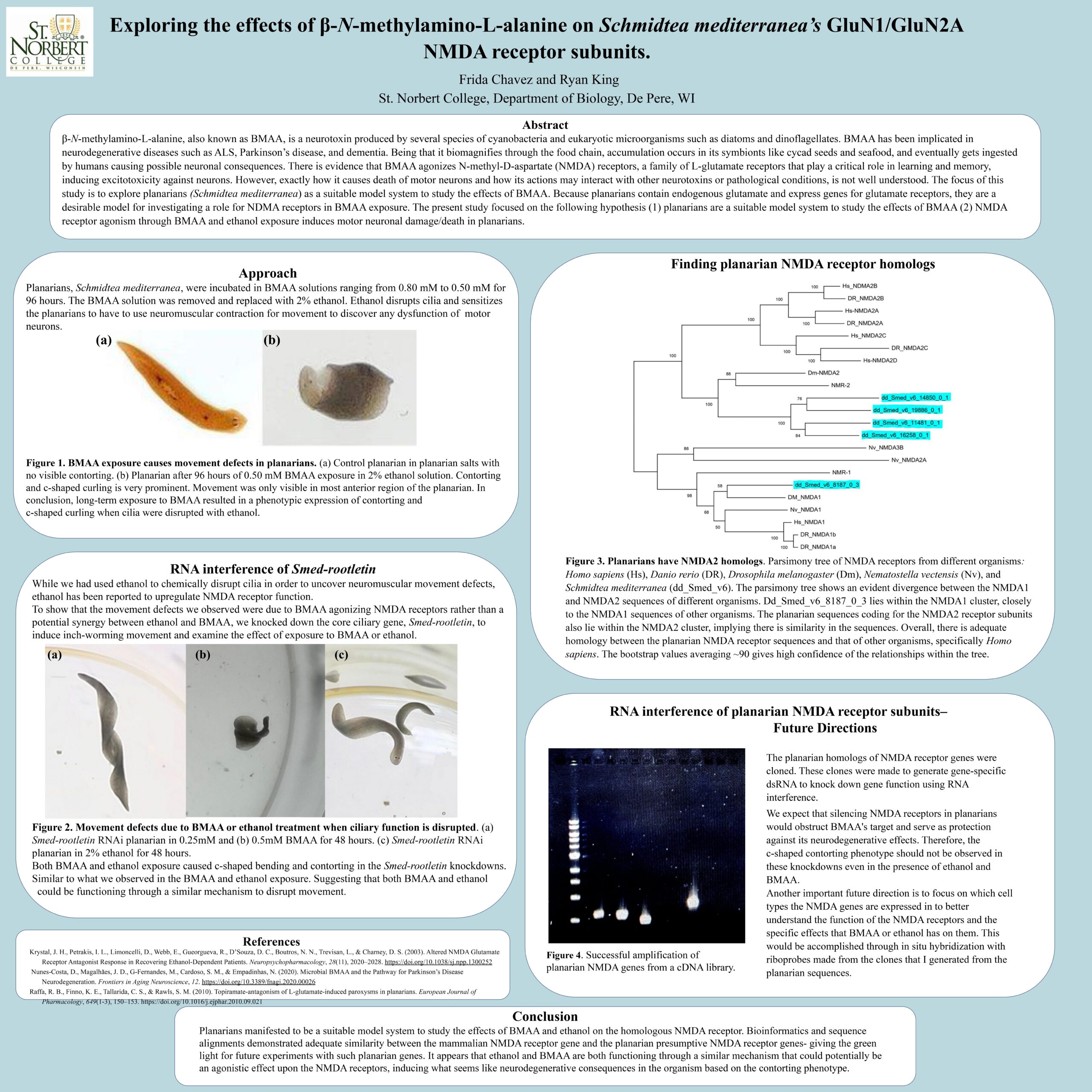 β-N-methylamino-L-alanine, also known as BMAA, is a neurotoxin produced by several species of cyanobacteria and eukaryotic microorganisms such as diatoms and dinoflagellates. BMAA has been implicated in neurodegenerative diseases such as ALS, Parkinson’s disease, and dementia. Being that it biomagnifies through the food chain, accumulation occurs in its symbionts like cycad seeds and seafood, and eventually gets ingested by humans causing possible neuronal consequences. There is evidence that BMAA agonizes N-methyl-D-aspartate (NMDA) receptors, a family of L-glutamate receptors that play a critical role in learning and memory, inducing excitotoxicity against neurons. However, exactly how it causes death of motor neurons and how its actions may interact with other neurotoxins or pathological conditions, is not well understood. The focus of this study is to explore planarians (Schmidtea mediterranea) as a suitable model system to study the effects of BMAA. Because planarians contain endogenous glutamate and express genes for glutamate receptors, they are a desirable model for investigating a role for NDMA receptors in BMAA exposure. The present study focused on the following hypothesis (1) planarians are a suitable model system to study the effects of BMAA (2) NMDA receptor agonism through BMAA and ethanol exposure induces motor neuronal damage/death in planarians.