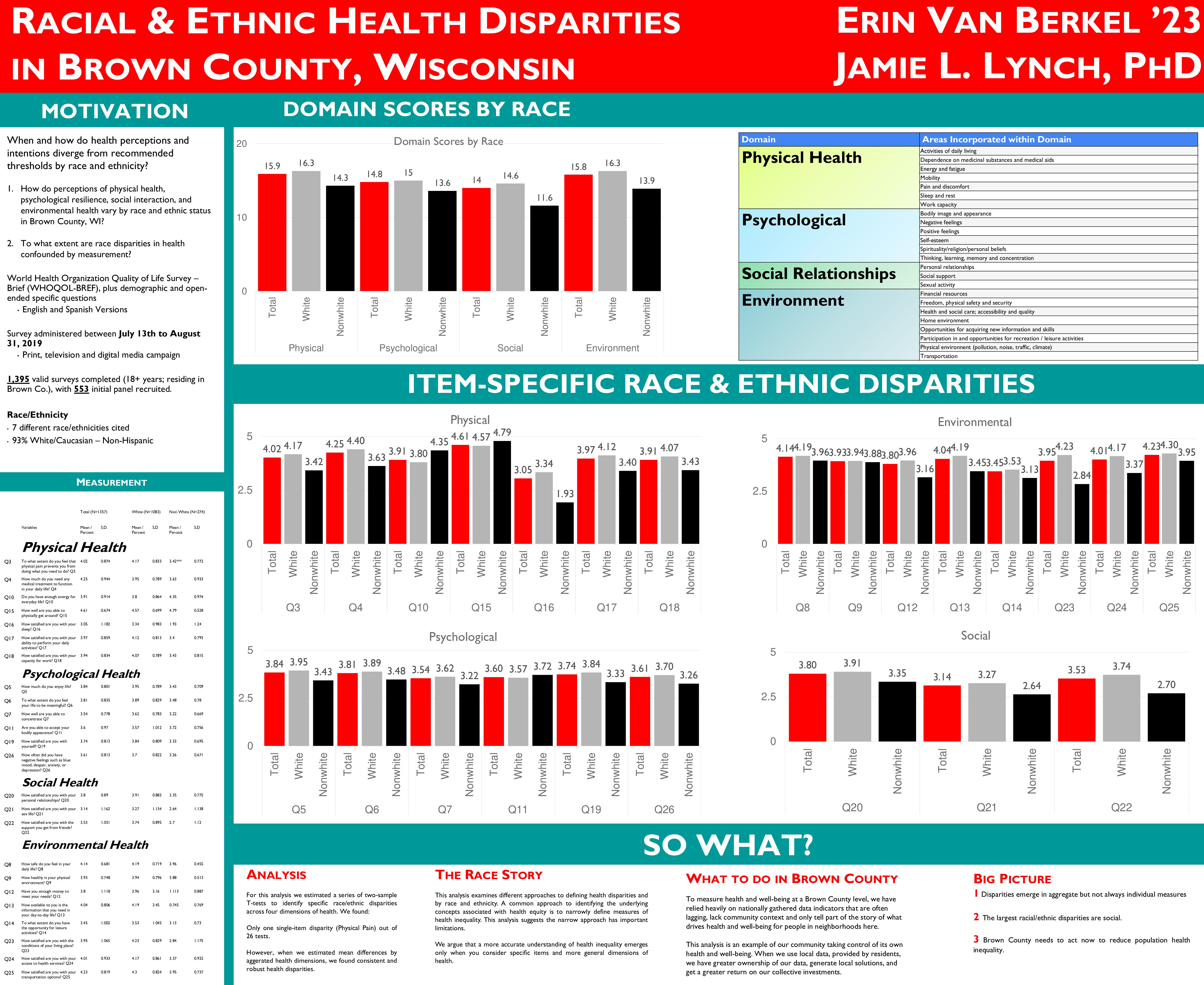 Health perceptions and intentions often diverge from recommended thresholds by race and diversity. A World Health Organization Quality of Life Survey-Brief was conducted in the summer of 2019 with citizens of Brown County. Over 1,000 surveys were completed, which included seven different races/ethnicities represented by participants. Two-sample t-tests were estimated to identify racial health disparities among single survey questions, but only one question showed racial disparity. However, when entire health domains were compared among races, health disparities were shown to exist among all health domains, which were physical, psychological, social, and environmental domains. The social domain was shown to be the largest racial/ethnic disparity. This analysis only focused on racial/ethnic disparities and more data is needed to understand what is driving the difference in health and well-being for people in Brown County.

Great work! The biggest disparity was the social domain. Any thoughts on why?