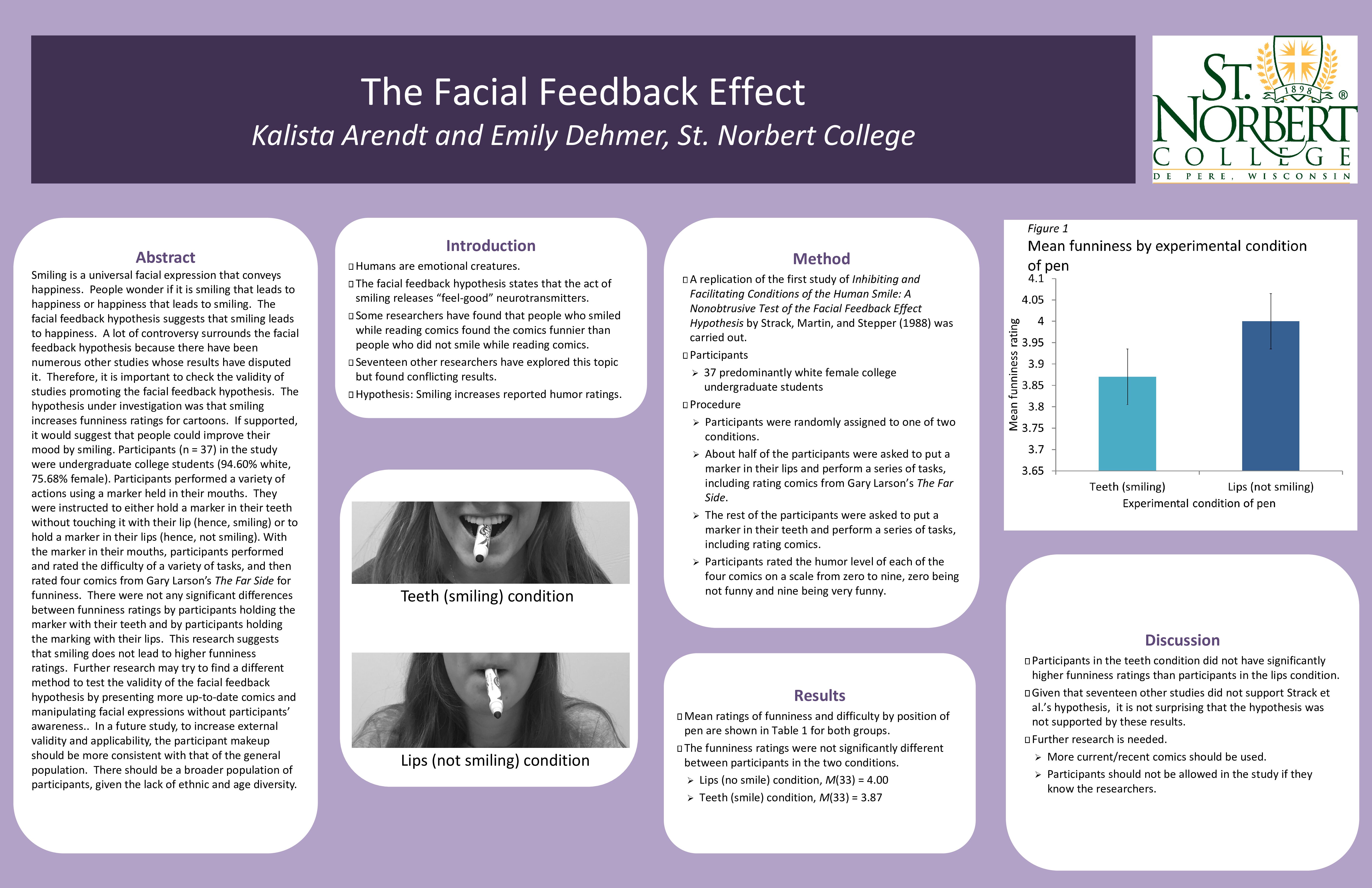 Smiling is a universal facial expression that conveys happiness.  People wonder if it is smiling that leads to happiness or happiness that leads to smiling.  The facial feedback hypothesis suggests that smiling leads to happiness.  A lot of controversy surrounds the facial feedback hypothesis because there have been numerous other studies whose results have disputed it.  Therefore, it is important to check the validity of studies promoting the facial feedback hypothesis.  The hypothesis under investigation was that smiling increases funniness ratings for cartoons.  It is meaningful to test this hypothesis because there are practical implications of the research as well as broader connections to other theories of emotion.  If supported, it would suggest that people could improve their mood by smiling. Participants (n = 37) in the study were undergraduate college students (94.60% white, 75.68% female). Participants performed a variety of actions using a marker held in their mouths.  They were instructed to either hold a marker in their teeth without touching it with their lip (hence, smiling) or to hold a marker in their lips (hence, not smiling). With the marker in their mouths, participants performed and rated the difficulty of a variety of tasks, and then rated four comics from Gary Larson’s The Far Side for funniness.  There were not any significant differences between funniness ratings by participants holding the marker with their teeth and by participants holding the marking with their lips.  This research suggests that smiling does not lead to higher funniness ratings.  Further research may try to find a different method to test the validity of the facial feedback hypothesis by presenting more up-to-date comics and manipulating facial expressions without participants’ awareness.  While Gary Larson’s The Far Side comics were amusing for their time, they seemed dated and unhumorous to the participants.  In a future study, to increase external validity and applicability, the participant makeup should be more consistent with that of the general population.  There should be a more broad population of participants given the lack of ethnic and age diversity.

Cool research, Kalista and Emily! Thanks for sharing.