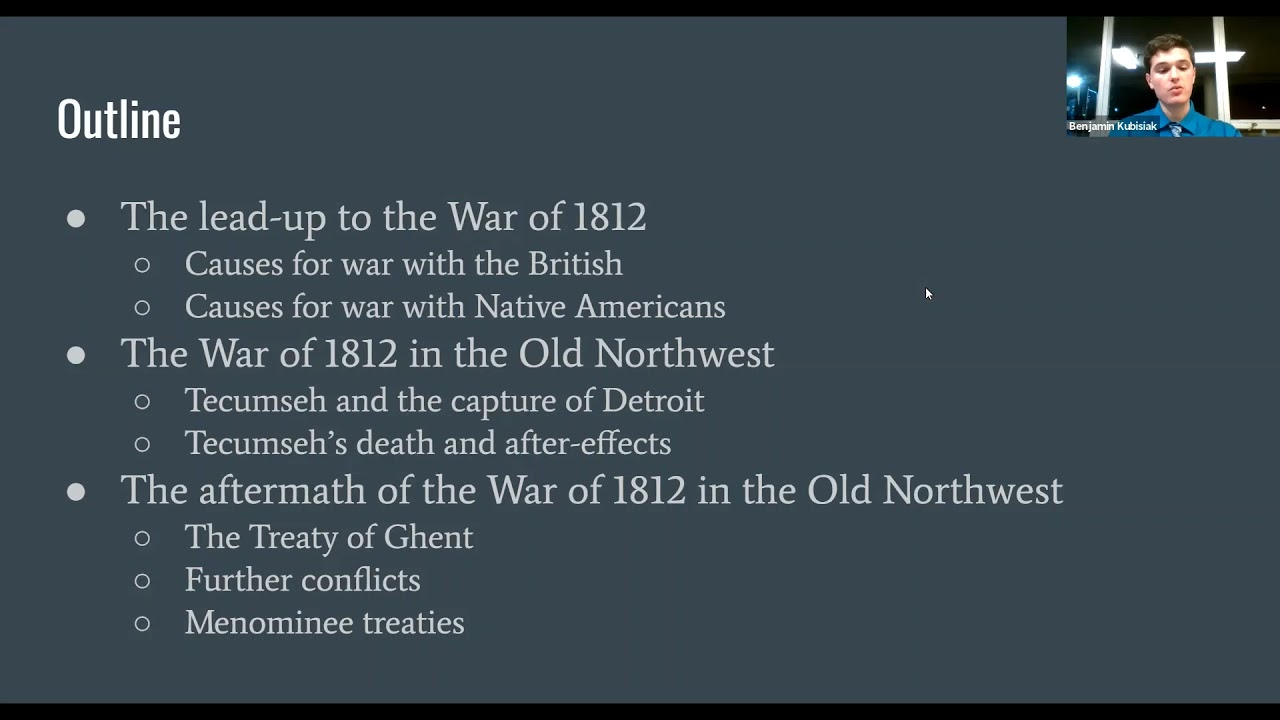 The War of 1812 is a conflict that has received very little attention, but played a central role in shaping American Westward Expansion. Historical discussion of the War of 1812 often focuses on a relatively narrow section of the events of the War, such as the leadup to the war or a specific campaign within the war. This method of approaching the war is useful but leaves much to be desired. In this essay, I focused on the War of 1812 in the Northwest Territory, but extended the cause and effects of the war over a larger time frame, by synthesizing existing research on the subject to highlight the impact it had on U.S. relations with native tribal communities. This broadening of historical time frames has allowed us to view intricate webs of cause and effect between seemingly disparate events. I have also identified the role of the War of 1812 in creating a geo-political paradigm shift within the area around the Former Northwest Territory. The region shifted from a multi-polar power balance, with both the United States and British governments exerting influence over tribes within that region, to the United States having an almost complete monopoly on political power within the region. This shift can be seen as an overwhelmingly negative event for Native peoples in the region, who faced increasing mistreatment from the United States after the war. This method of analyzing the War of 1812 and its effects on a macro time frame thus allows us to show the conflicts’ importance and recenter the Native communities indigenous to the region that it most impacted. Specifically, we see the foundations laid for a shift towards more direct control of Indigenous populations by the United States government after the War of 1812, and the system of reservations function as an attempt to break up networks of inter-tribal solidarity by the American government.