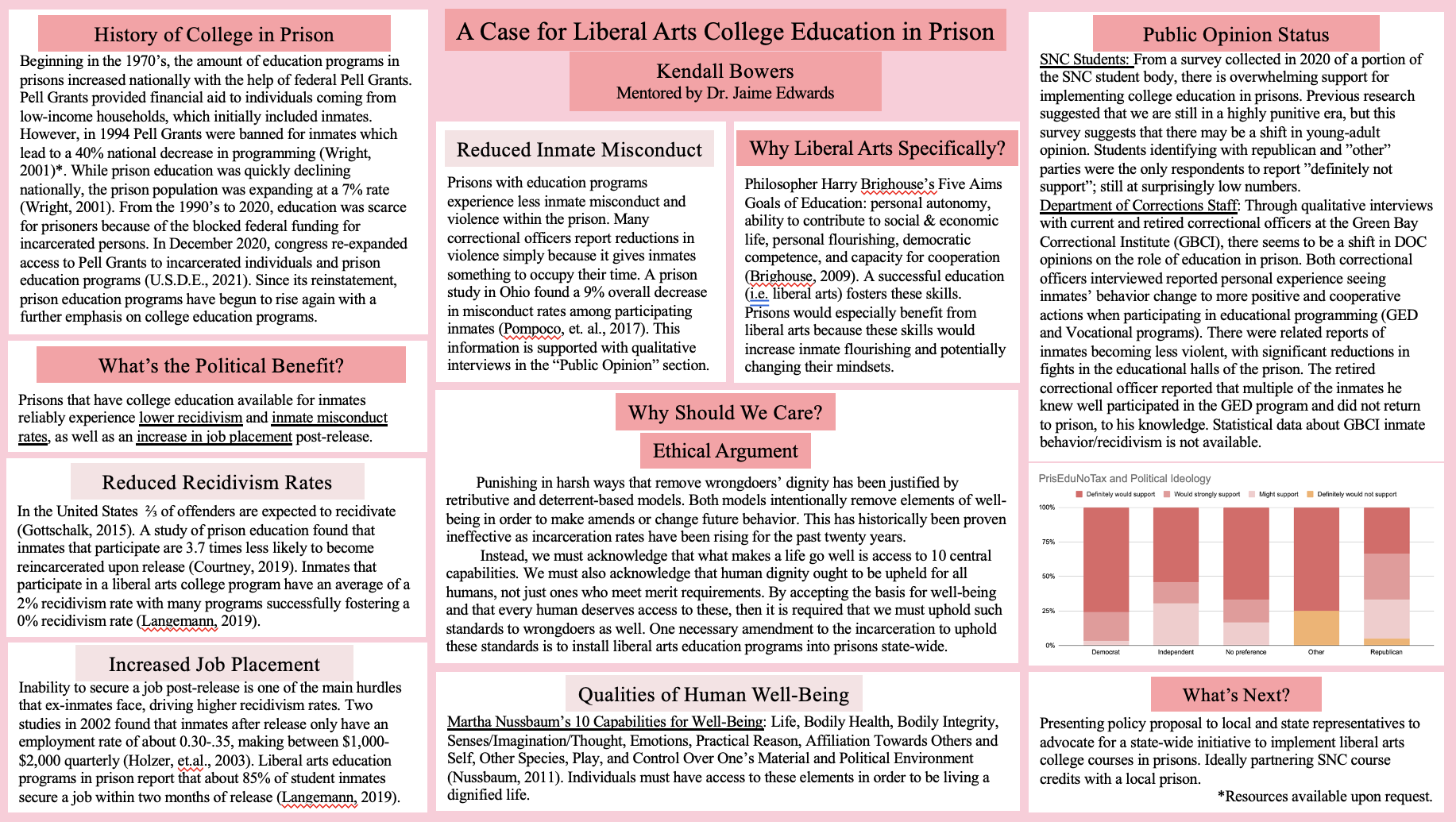 College education in prison has gone through many waves of implementation and revocation despite its consistent beneficial results to inmates and wider society. There are two primary arguments for implementing college education: political reasons with measurable benefits to the inmate and society and moral reasons for upholding human dignity for all humans. Inmates that participate in education during incarceration have significantly lower recidivism rates and between-inmate misconduct rates, as well as substantially higher job placement rates. Beyond the practical benefits, education in prison better treats individuals in order to respect their inherent human dignity. Inmates are treated in degrading and harsh ways that disregard their inherent dignity and any access to well-being that they are entitled to. Implementing college education would better respect inmates’ dignity by fostering elements of their well-being and allowing them access to their abilities. I argue that the education implemented in prisons ought to be a liberal arts education because of the flourishing and autonomy that this style of education fosters. These skills would be especially beneficial to individuals reentering society after a period of incarceration, better preparing them to adapt and flourish.

Such an important project. Keep up the good work.