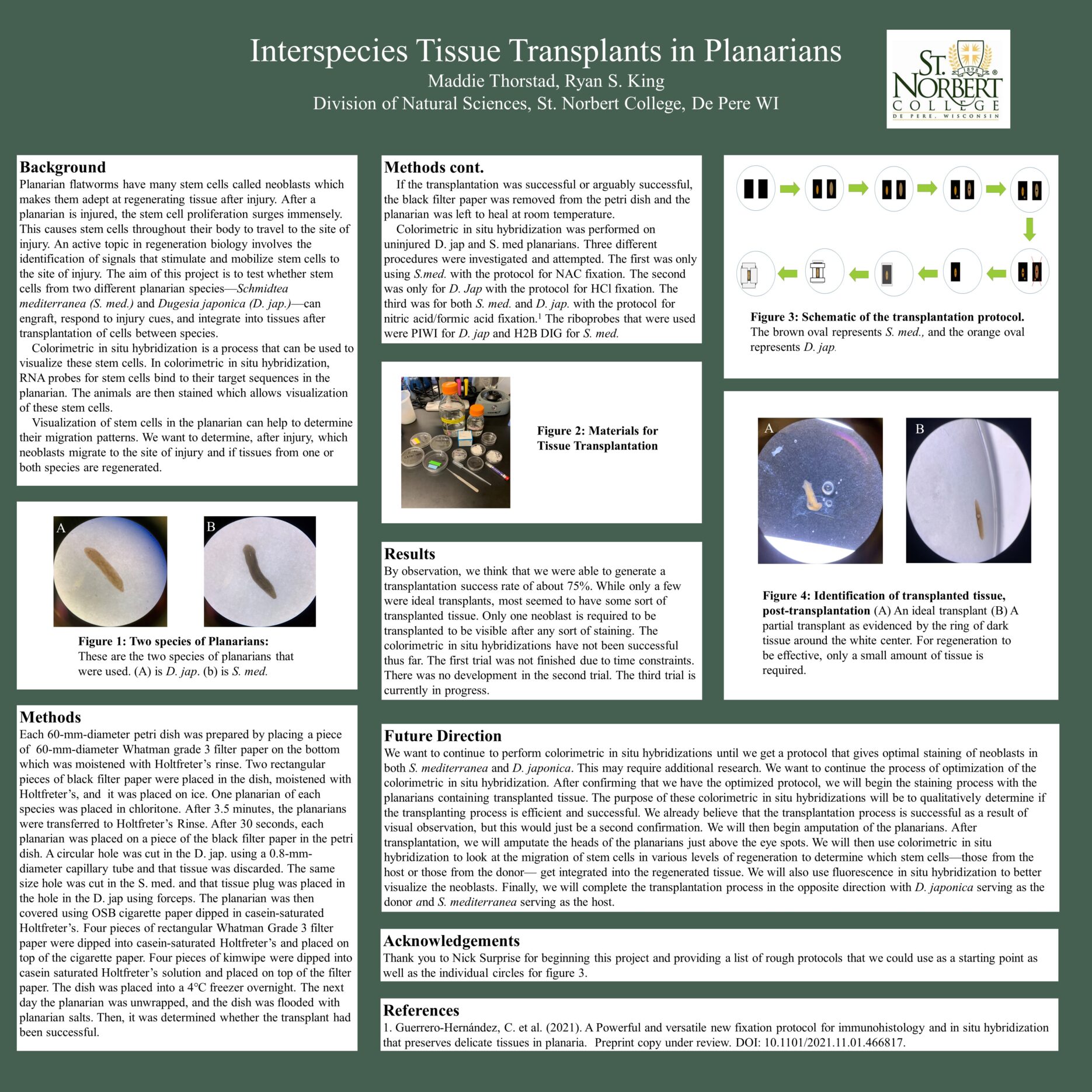 Planarian flatworms have many stem cells called neoblasts which makes them adept at regenerating tissue after injury. This project aims to determine if neoblasts from two different species of planarians—Schmidtea mediterranea and Dugesia japonica—can integrate into the regenerated tissue of the other species. This is done by transplantation of a donor tissue plug from one species into a host planarian of the opposite species. After the host planarian is injured, neoblasts travel to the site of injury and begin regeneration of tissue. We have worked to optimize the transplantation procedure to visually obtain a 75% success rate. Simultaneously, we have begun to attempt to optimize a protocol for colorimetric in situ hybridization that gives optimal staining of neoblasts for both species so that we will be able to determine which neoblasts from which species are involved in regeneration following injury.